Dealing with a faulty light switch is usually the last thing a person puts on their to-do list. It just keeps getting pushed off as something that can wait until later.

Nobody wants to change the light switch because most people don’t want to admit that they don’t really know how to change it. Dealing with wires and drywall and hardware stores just isn’t some people’s bag.

Not to fear, though, because you’ll have a few tricks up your sleeve after reading this article.

Dealing with a Faulty Light Switch

We’ll give you some advice on fixing broken light switches as well as keeping an eye on ones that might be going out sometime soon.

1. Are Your Lights Turning on Right Away?

Many of us have had the experience of flipping on a light switch and noticing a little lag between the flip and the light coming on. This probably means that the contacts (conducting points) within the light switch are getting old.

They’re beginning to fail, and they will soon be completely useless. You might as well replace that light switch before it goes dead on you.

2. Is Your Switch Buzzing?

Light switches have been known to make a lot of strange sounds. All of the abnormal sounds that come from a light switch, though, kind of have the same feel to them. They’re always buzzing in one way or another.

This could be harmless, but in many cases, it means that there is a loose wire somewhere in the mix. It could also mean that your switch is too worn to use. If you hear a consistent buzzing in any switch, make sure to replace it.

3. Turn off the Main Circuit Breaker

Before you start tinkering with the light switch, make sure you turn off the power that leads to the switch. It will be at the fuse panel or main circuit breaker.

Each house is different, but you will know if you set up any of the wires. If not, there should be some direction as to which wires lead to wear.

If it comes to it, just air on the side of caution and shut off everything around it. You don’t want a shock.

4. Unscrew the Switch and Pull out the Wires

Once you unscrew your switch from the wall, there should be a couple wires attached to the back of it. There should be a black wire, a green or bare copper wire, and another wire that is any color except the other two.

5. Replace the Wires on the New Switch in the Same Way

The indications that corresponded with the original switch should be the same as those on the new one. Make sure that all wires are in the correct location before beginning to screw the new switch back into the wall.

If the process of dealing with wires sounds a little daunting to you, there’s only one thing that you should even think of doing: calling a professional.

Electricians know what they’re doing so that you don’t have to. A faulty light switch, small as it may be, could lead to a serious injury. If you need any electrical issues identified by a professional, we have the information you need. 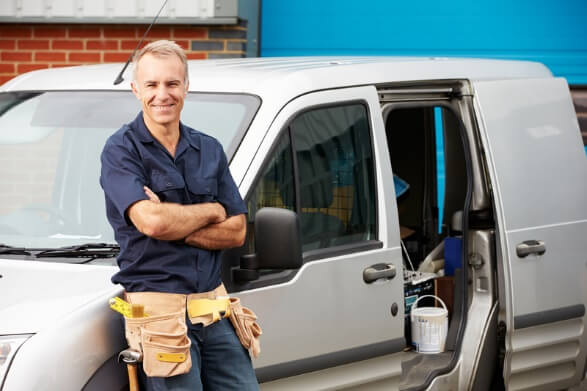 We’ve listed the 5 steps to finding the right electrician, to help make things easier for you! Finding and hiring the right […]

At All Suburban Electric we hear about them all the time. The do-it-yourself project that starts with a gusto, but months later […]

Electricity has always been there. It’s a force of nature. Benjamin Franklin discovered it in 1752 with his famous kite experiment and lightning. But […]

Your electrical panel is essentially the heart of your home’s electrical system. The question is, does it need a transplant? If your […]

Speak with an Expert